Notice: Trying to access array offset on value of type bool in /home/fdqhc3fr4giv/public_html/wp-content/themes/mufc/single-match.php on line 47 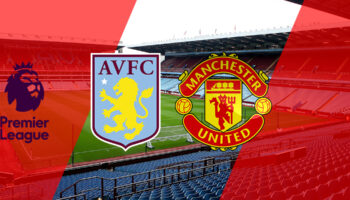 Predicted XI: [4-3-1-2] Jones and Varane to partner in defence? Ronaldo and Cavani leading the attack? Van de Beek, Fred and Sancho in midfield?

Preview: Beating Villa is something that United need to be doing. No more apologies, just fight, desire and determination

Ratings: Fernandes was top notch, De Gea and Elanga impressive; Sancho needs to work harder to start but United need to find a way to avert the errors

Manchester United drew 2-2 with Aston Villa at Villa Park in the Premier League. Bruno Fernandes opened the scoring for United in the sixth minute of the match with Vi… END_OF_DOCUMENT_TOKEN_TO_BE_REPLACED

Manchester United drew 2-2 with Aston Villa at Villa Park in the Premier League. Bruno Fernandes opened the scoring for United in the sixth minute of the match with Villa’s goalkeeper Emiliano Martinez making a howler with the ball going through his legs. Fernandes put United 2-0 up in the 67th minute of the match with United crossing at the time. However, Jacob Ramsey got a goal back in the 77th minute with Philippe Coutinho equalising five minutes later. United nor Villa were able to find a winner to take all three points. It was better for United, but simple mistakes cost them once again.

United started in fine fettle against Villa, seemingly discovering something different since the two teams last met five days ago. Rangnick’s side pressed Villa from the start, winning a free-kick which Alex Telles took, taping the ball slightly with Bruno Fernandes then running into the box with the ball and shooting towards the keeper, who had an absolute howler with the ball ending up going into the back of the net, just like Massimo Taibi. Villa did not like the goal going in with the keeper upset after what happened. Mason Greenwood, Anthony Elanga and Edinson Cavani all looked in good form and up for the challenge. United had seven shots on goal in the first half, four of those on target, scoring one goal, also having 55% of the ball. Villa, having just 45% of the ball, had just four shots on goal, three of which were on target with David De Gea once again stepping up to make the difference for Unite with his saves. Lucas Digne, on loan from Everton was the first player to be booked, seeing yellow in the 27th minute of the match – his fifth of the season but he will not face suspension as it was his first for Villa. Nemanja Matic saw yellow four minutes later (31) and will need to watch himself in the second half of the match.

United played a hard-fought 45 minute at Villa Park, going into the break in the lead with a lot of work to be done. Villa will be seeking to at least get an equaliser, knowing what they did against United on Monday evening, despite two goals being ruled out for a foul and an offside. Villa fans will be hoping to see Philippe Coutinho at some point in the second half, as the commentary team kept talking about as if he was some kind of superstar who has been pulling it out of the bag for the past three years. Villa have done well trying to get back into the match during the first half, but it just did not happen for them. In the minutes before Fernandes scored the second goal of the match, he was fouled by Douglas Luis, who appeared to step on him, whether an accident or not, we shall see. The Portuguese magnifico seemed to be in some pain as he went off for treatment. Of course, he got his own back by scoring minutes later, putting United 2-0 up and with a great chance of winning this match. Villa brought Coutinho on in the 68th minute, replacing Morgan Sansom who looked dejected on the bench after coming off. Villa had some positive periods but they were still very much out of the match until Jacob Ramsey got a goal back in the 77th minute. Rangnick made his first substitution in the 78th minute with Jadon Sancho replacing Anthony Elanga, who was a largely positive presence in the team against Villa. Just a minute before, Villa made their third substitution with Carney Chukwumeka replacing Danny Ings, whose impact was not the best against United this time. Coutinho scored the equaliser for Villa in the 82nd minute of the match, unmarked running towards the goal. Raphaël Varane tried to cut the cross out but could not reach it before it connected with the Brazilian. De Gea was unable to make the save. United had more work to do in order to win this match.

Rangnick made a late double substitution in the 89th minute with Donny van de Beek and Jesse Lingard replacing Greenwood and Fernandes. There were four minutes added at the end of the match with United needing a goal to win the match. That goal never came but looking at the usual suspects on Twitter, who were so sure that a change of manager would change everything for United, it is quite satisfying watching them come up with excuse after excuse to avert them from any kind of responsibility for their clearly wrong opinions on everything. United will face Brentford on Wednesday, which is a must win match.

Impressive but ends up frustrated. Made some great saves to deny Buendia and Digne in the first half and got the better of Ramsey, before he eventually scored. Coutinho's goal was not something he could get to based on the closeness of the finish. From a win to a draw in five minutes will have been tough to take.

Good first half performance. He was the player that was targeted and Villa, largely through Digne, got the better of him time and time again. He will learn from it and prosper eventually.

Improvement. He was rusty against Villa on Monday, after a layoff. He had a largely positive match but for the two goals, he was not in his position, which seems to be a trend with him.

Magnificent defender to have at United. It United had two of him, they would be in with a chance of retaining their leads. He was flawless for the majority of the match but in five late second half minutes, United succumbed and saw a win snatched away from them.

Villa got little against him. The Brazilian got an assist for Fernandes' first goal. Elanga did a lot of work ahead of him, which enabled him to concentrate on defending, which he did well with Villa not getting much past him.

Balanced. Gate United a safe defensive minded player to protect the defence, which seemed to work in the first half and for some of the second. He tired out in the end though - which is why United need a defensive minded midfielder sooner rather than later. He was booked for a cynical challenge, which seemed to stop him from getting heavily involved because he didn't want to be sent off.

Mixed performance. When United were on top n the match, Fred seemed to be in high spirts but when United were poor, especially in the last 20-odd minutes, Fred was poor too. United need a midfielder that can drag his teammates through matches. He got an assist for Fernandes' second goal.

Constant threat. Villa saw a lot of him and he could have scored United's second goal in the first half by Martinez came out and made the save. His decision-making needs more improvement but he will get there. Replaced nu Van de Beek in the 89th minute.

MOTM. Opened the scoring in the sixth minute, completed his brace in the 67th minute. Seems to be hated, even by some United supporters, who should be elated that he stepped up and grabbed this match by the neck.

Impressive. It is certainly a nod to the future. He is better than Rashford at this time and I was glad to see him start. His pace is alarming and he is determined enough to find his feet. He was replaced by Sancho in the 78th minute.

High work rate. The Uruguayan always puts in a shift and sometimes it does not work. He chased back time and time again. He is a player that should have the ball played to him in advanced areas more often but United's midfield is not good enough to control matches like that.

Replaced Elanga 78'. Clearly not doing enough to be picked as a starting player. Needs to find a way to break into the team and not make his signing look like another mistake - which has happened a lot at United in the past eight years.

Replaced Greenwood 89'. Could have scored the winner for United. Needs to be doing more in training to get into the starting XI. With the midfield depleted today, he should have been a shoe in, but was on the bench again.

Replaced Fernandes 89'. Had five minute with added time and just did not seem to be interested. Doubt he will leave this month and hopefully United will not give him a new contract. It is time to let him leave.